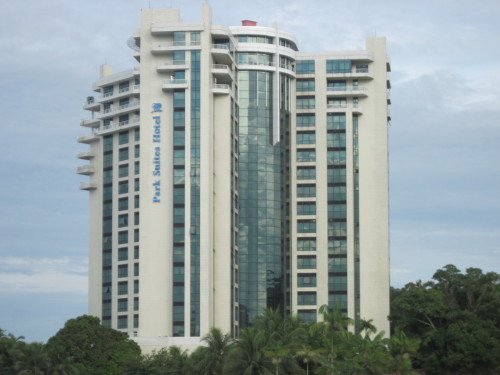 Club Carlson upcoming hotels are more difficult to access than Hilton, Marriott, and even SPG, because they don’t assign categories in advance (at least publicly), until the hotel is open (if I’m wrong about that, please let me know, as I couldn’t find any). Club Carlson is a great chain, and it remains one of my favorite redemption even despite this huge devaluation they did last spring.

But if you really want to optimize your Club Carlson award redemptions, you either need a Gold status or a US Bank credit card, since it gives you the status entitling you to pay 50% points on a 2-night stay. That’s a fantastic benefit unmatched by any other chain in the industry. So even if and when the cost of your stay seems high, you should divide it by 2 if you want to make everything right. To learn how to optimize your stay by paying half of the points, read this excellent post from Travel is Free.

Here are the pointers:

The new 7th category has been created with the following hotels:

Notable hotels that went down in the Americas

My cousin and I stayed at Park Suites in Manaus during the World Cup in Brazil for 28,000 points for two days. The lowest rack rate was $300 plus. Savings like this are only possible during extremely high-demand times, but less ambitious $.01 per point is not hard to achieve with Club Carlson. Not hard at all.

By the way, if you do want to explore the Amazon, this hotel is probably your best bet even though it’s far away from downtown. Well, it’s your best bet precisely because you don’t want to stay downtown Manaus. Here is my review of this hotel. I have to say, it’s a weird cookie–a peculiar mix of 2- and 4-star features. 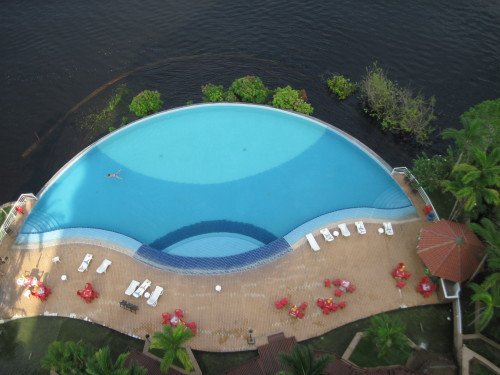 Here are notable hotels that went down in Europe

And if you are planning on visiting India, you’re in luck! 20 Club Carlson properties in India have gone down. You can travel all over the country spending next to nothing on lodging.

I didn’t find anything interesting or inspiring. There is a new Cat 5 Radisson Blu Hotel at Sheremetyevo Airport, but you don’t come all the way down to Moscow to stay at the airport hotel. Other additions are Cat 4 in Belgrade, Serbia and Kaisery, Turkey; and Cat 3 in Guwahati and Mysore, India. I don’t know anything about these cities (except Belgrade), and whether or not they are worth visiting. Belgrade’s Radisson Blu seems to be OK for 38,000 points for 2 nights, considering the cash price of a room hovering at about $200. However, Belgrade is cheap. I’m not sure this particular hotel is worth splurging.

Since Radisson doesn’t list the categories for their upcoming hotels, I’m just listing some new destinations for 2015 that I find interesting.

These three hotels appear to be quite expensive, giving you over $0,01 per point in redemption, which is OK in my book. It’s even better in case of Rio and Cartagena, where the listed price is over $300. Just keep two things in mind. Radisson Barra is an old, rebranded Sheraton Barra hotel, which is located far away from Ipanema and Copacobana (and with Rio  traffic, it’s really  far away). Still, there is a noticeable shortage of hotels in Rio where you can stay on points, so this is a viable option.

As to Cartagena, all I know is that hotels in Cartagena are really cheap. I don’t know if it’s worth spending 44,000 points for two nights. Not a single Radisson I’ve stayed at has stricken me as a destination hotel (including the two properties in Paris from Category 7).

The two hotels opening that caught my eye are:

Since they are upcoming hotels, I have no clue about their category.

Here are some interesting locations–again, no idea about the categories.

I have found three interesting locations.