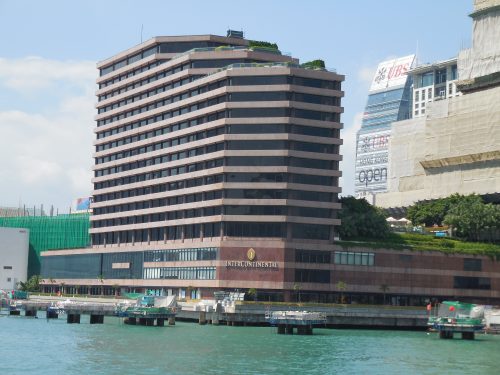 I’m back from my travel to Hong Kong, Bali, and Tokyo.

Had a pretty bad case of food poisoning in Tokyo of all places (still under the weather but feeling much better now).

I’ve flown on 3 airlines, stayed at 6 hotels and a pool villa. I had a fabulous time and saw amazing sights. In the coming days/weeks, I’ll write the reviews and share some pictures and details. You’ll love it, I hope.

Today, though, I’d like to talk about something else. Read and weep with me. Or have a good laugh. Whatever.

As I outlined in my previous article, when I was embarking on my Asia journey, my stay in Hong Kong was supposed to be divided between Conrad and InterContinental Hong Kong. My stay at Conrad was completed successfully, if you don’t count a laughable “upgrade.”

As to the InterContinental — well, that got “interesting.”

It all began with a cab ride. $40 for a 40-minute ride from Hong Kong Island to the northern tip of Kowloon that would’ve taken less than 20 minutes and a buck on the metro. But I had luggage, so oh well!. 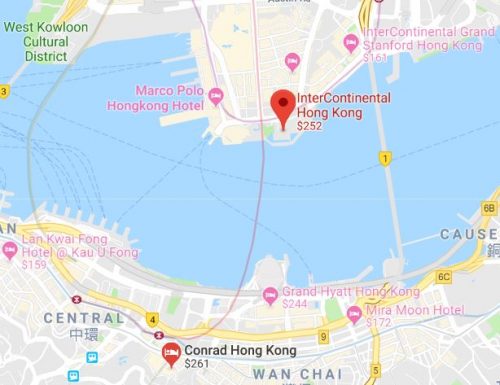 They seem to be close, these two.

That was just the beginning of my misadventure.

Travel hackers push things. We push things much further than normal, sensible people. Sometimes, this behavior leads to fantastic bargains, other times it creates problems that could’ve been avoided if we were pushing a little less.

For my third night in Hong Kong I was supposed to be staying at InterContinental Hong Kong on my cousin Timmy’s free Chase Annual Night certificate.

The rules for using a Chase IHG free night are different from redeeming a reward night, and I wasn’t ignorant of that. You can officially redeem a reward night for another person. But not the Chase annual free night.

Unofficially, they normally don’t care. At least that had been my experience. I’d checked in with another person’s free night certificate twice prior, in Washington and Barcelona. Both times, I checked in first, and my companions joined me later. They were actually staying with me, but they didn’t even have to check in themselves. Neither did they have to be present at the checkout. I think, both times my checkout was done over the phone.

This time around, though, a young lady at the front desk advised me proactively that if Timmy didn’t show up by the checkout time, I’d be charged a one-night booking fee, something close to 400 non-Hong Kong dollars.

That was obviously a non-starter. Since I failed to convince the lady and later her supervisor to just let me be (and believe me, I tried and tried), I fired up a laptop and booked a night at Hilton Garden Inn for 30,000 points. That wasn’t the end of my troubles, though. After I advised the supervisor that I wouldn’t have the pleasure of staying with them that night, she advised me to cancel my reservation with IHG ASAP to avoid being charged for the no-show. The problem was, I was already a “no-show,” apparently.

The saga continues at HGI

Sometime between my arrival and quick departure from InterContinental Hong Kong, it started raining heavily. If anything, I comforted myself, I wouldn’t be able to enjoy that IC Jacuzzi with a spectacular night views of the Hong Kong skyline anyway.

This Jacuzzi with the views of the Hong Kong Island skyline is the best feature of InterContinental Hong Kong, IMHO. This pic is from my 2016 stay (sorry for the quality).

Upon arrival at Hilton Garden Inn and getting my (lousy) room, I called IHG. I was on and off with IHG for about 1.5 hours, got disconnected at least twice, but I finally got Timmy’s free night reinstated and was assured that I wouldn’t be charged for the botched reservation at InterContinental Hong Kong. Oh well, at least it was raining in Hong Kong all day long, so there wasn’t much for me to do anyway. But gee, what a mess!

We like to rant (and my goodness, I enjoy a good, long rant perhaps more than anyone), but did they have to do anything for me? Anything at all?

So this is giving credit where credit is due. That was not been the first time I wiggled out of predicament thanks to other people kindness. I’ve had similar experiences with a number of airlines and hotel chains.

Looking back, I’m too old for this. Seriously, I should’ve booked my third night at Hilton Garden Inn to begin with, especially that its location in Mongkok is a better and more authentic choice anyway (before you start laughing, do check the map). Or I just should’ve paid for a third night at Conrad. My never-ending quest for a “deal” robbed me of at least 3 hours of precious vacation time and almost got me in hot water. 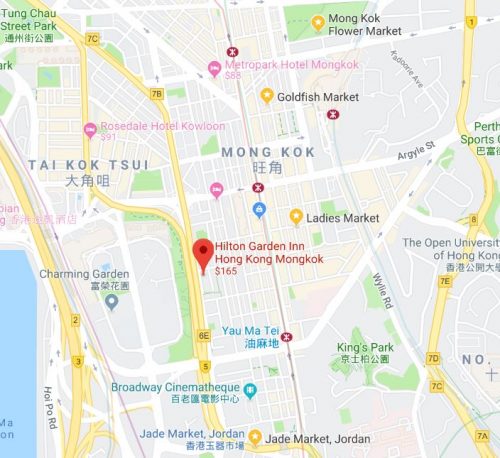 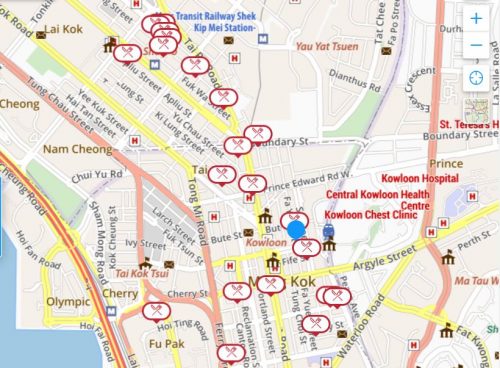 The reviews are coming.

Filed Under: Miles and Points, Trip Reports
← My (Mostly) Miles’n’Points Epic Trip to Hong Kong, Bali, and Tokyo and a Plea for Help
So You Want to Become an Air Courier to Save on Air Fare? →
0 0 votes
Article Rating
Subscribe
Login

It happens to us all Andy! We are always trying to get the best deal, and most of the time we really do get them!! Once in a while, we hit a wrinkle. But it sounds as if it all came out ok, thankfully.

A hilarious tale; sorry you suffered, but you tell your tale so well — I’m delighted by your slightly dark sense of humor. Thanks, Andy!

I do not seem to find the reviews. Is there a link to that?

Sorry, put it on hold due to the political turmoil in HK.