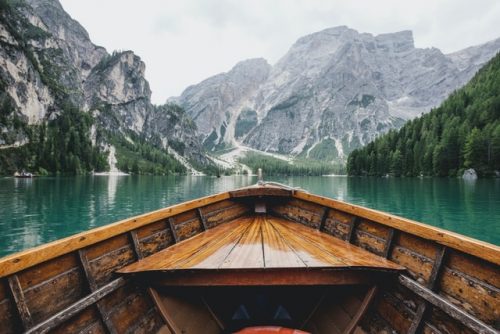 It was a slow week, but here are the best miles, points, credit cards, and travel posts I’ve found. Enjoy.

There are two Avianca-related developments I find interesting.

First, Avianca is adding a few new routes to the U.S

I find it encouraging in terms of their bankruptcy / reorganization efforts. I believe airlines who’re about to liquidate don’t normally expand their networks, so that might mean our Avianca miles not only present new opportunities but are also reasonably safe. Here are the most interesting routes IMHO.

From Ecuador (both Guayaquil and Quito are gateways to the Galapagos):

He also discovered a hilarious map of those expansions. Seriously, you gotta see it to believe it. 🙂

Avianca Expands Internationally With New US Routes by OMAT

Right Now You Can Transfer Citi Points to American or Avianca (With the 25% Bonus). Should You?

I don’t really care about redeeming Avianca miles on United domestic tickets (I did once, but had to cancel), but for those who do, this comprehensive DansDeals post provides the latest update on how much you should expect to pay (as a reminder, LifeMiles doesn’t publish its chart anymore).

How Do You Spot A Fake TripAdvisor Review?

Fake reviews are a huge headache for anyone who’s trying to find reliable information about a product or service. What we must keep in mind is that fake reviews serve not only to embellish a lousy hotel — they can also serve to destroy competitors. If you want to make sense of anything, there are a few rules I personally follow.

Miles to Memories is asking the existential question — “to redeem points or pay cash.”

The Travel Hacking Question That Haunts Us All: Should I Redeem Points or Pay Cash?

I agree with many of his valuations and lines of reasoning, but there are two more questions I would add to the list.

If the answers are respectively: reasonably fast and not very often, then I would be content to spend my points more liberally and with more disregard for the valuations.

What do you know: Norwegian can demand jabs after all!

Per Skift: “A U.S. judge has allowed Norwegian Cruise Line Holdings Ltd. to demand that passengers show written proof of coronavirus vaccination before they board a ship, dealing a major blow to Florida Governor Ron DeSantis’s effort to ban ‘vaccine passports’.”

Nice to see that stupid can lose sometimes.

Canada is going to require vaccination for travelers

Here is another article from Skift.

Despite the title of the article, Canada, in fact, will also require vaccination for train and cruise passengers.

God Save The Points is asking an excellent question

And comes to an inevitable conclusion.

Speaking to politicians on both sides of the Atlantic, an unfortunate trend emerged as to “why” borders haven’t reopened more widely: polling. Polls suggest most people like tough border policies, due in part to fear and stigmas created around the virus, such as naming variants after regions.

Because politics is all about votes and control, and not necessarily being correct or doing the right thing, plans to reopen international travel have stalled. The findings of virologists, transport experts and celebrated epidemiologists are being widely ignored in favor of the emotions of the masses displayed in polling data.

Here are my favorites (the first article is a very difficult read).

And this Twitter thread will blow your mind, guaranteed,

Speaking of fake reviews, AKA a major scourge of the Internet, they are apparently not enough anymore. Now sellers are trying to bribe folks who leave negative review. Here is a new WSJ article.

When Amazon Customers Leave Negative Reviews, Some Sellers Hunt Them Down

Ever wonder how cheap, no-name products on Amazon can amass hundreds, sometimes thousands, of nearly perfect star ratings, with just a handful of negative reviews?

Here’s one way: Some sellers are reaching out to unhappy buyers to revise or delete their negative reviews, in exchange for refunds or gift cards. With fewer disgruntled shoppers, the overall average star rating rises.

This is just wonderful, isn’t it?

If you’re a single guy or gal who prefers traveling in groups, this Reddit thread can be very helpful.

It’s not that this video has sexually explicit language. That alone wouldn’t earn its place here if it didn’t happen to be hilarious.

Porta dos Fundos (literally Back Door from the Portuguese) is the most popular Brazilian comedy YouTube channel producing short parodies. Not all of them are of a sexual nature, but most of them are funny. And some are super funny, like this one. Oh, and the acting is impeccable, too. 🙂

Seriously, don’t watch it if you’re easily offended by these things. You’ve been warned.

Oh, and you might need to turn on the subtitles.

Filed Under: COVID-19, Credit Cards, Miles and Points
← Right Now You Can Transfer Citi Points to American or Avianca (With the 25% Bonus). Should You?
Update August 2021: ANA Fuel Surcharges Have Crept Up on Its Own and Partners Flights →
0 0 votes
Article Rating
Subscribe
Login