Best LATAM Award Flights to Book on AA Miles or BA Avios Before It’s Too Late! 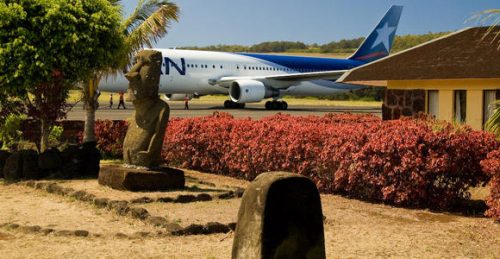 By now, most of you have probably heard that LATAM, a giant South American carrier, is leaving oneworld on October 1, 2020. This is unfortunate because LATAM can really take you places. Booked with American Airlines miles or British Airways Avios, Latam award flights often represents unbeatable values. You can also use Alaska miles to fly LATAM, but I would save Alaska miles for other awesome redemptions.

But fear not! You still have enough time to get where you want to go on LATAM, and I’m going to show you how. But first!

LATAM can take you to not one, not 2, but 4 Modern Marvels of Nature!

Surely, those “Marvel lists” may look a bit suspicious. Chichen Itza was on that list once, and honestly, it shouldn’t have been, IMHO. But the 4 marvels I’m listing here deserve all the lists they can get into, and at least one of them (Easter Island) is only accessible on LATAM.

To appreciate the breadth of the LATAM network, consider this.

You can fly to Galapagos. 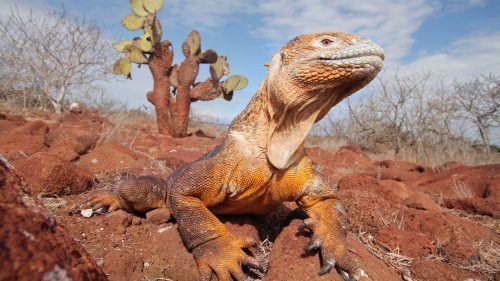 Photo by Andrés Medina on Unsplash

You can fly to Machu Picchu. 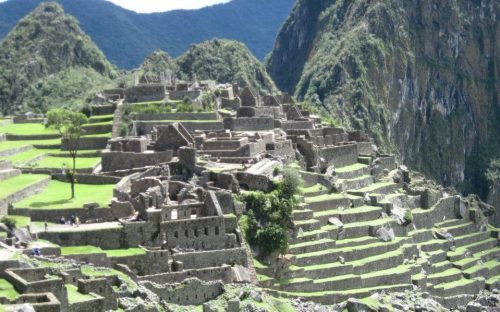 You can fly to Iguazu Falls. 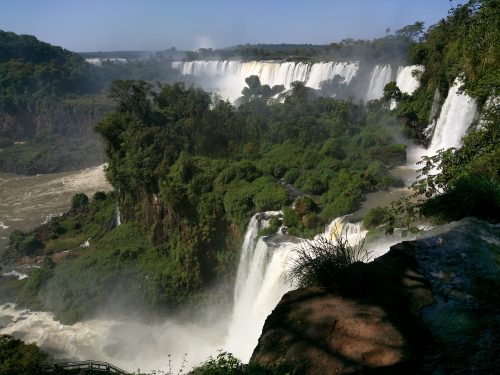 You can fly to Easter Island. 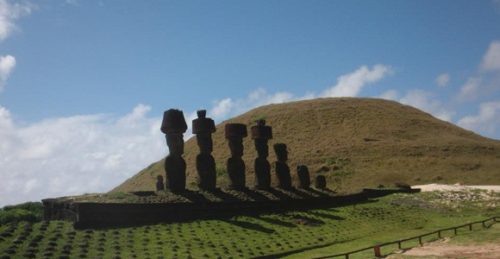 LATAM award flights can take you to other unique places, too, but these four are true wonders of the world, and each of them is accessible on LATAM (and Easter Island only on LATAM!).

If you have enough time on your hands, you could see all of these fascinating places in one trip.

You could start in Peru by visiting Machu Picchu and Lima. I know most people would rather skip Lima, but please don’t! You must stay in Lima for at least 2-3 days even if you’re not a foodie, because they don’t call it the Gastronomical Capital of South America for nothing. LATAM flies to Lima from JFK, Miami, and Los Angeles, but finding nonstop Business Class tickets from New York or LA is an adventure. Miami award space looks much better, though, so for Business Class, your best bet would be to connect via Miami.

Theoretically, you should be able to book LATAM Ecuador from JFK via Guayaquil, but this flight is not bookable with BA or American miles even though it shows on BA.com (I called). See the seats available in First Class in the first screenshot below? Of course, LATAM doesn’t have a First Class cabin, that’s a tell that something’s wrong. 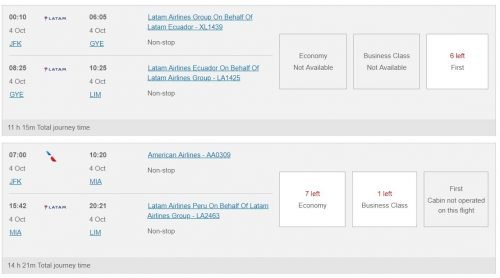 However, it’s much easier from Miami.

If you live in or close to Miami, it’s easier to find availability

After stuffing yourself in Lima with incredible food, go to the first wonder of your trip, Machu Picchu. Then explore the Sacred Valley and Cusco, fly to Arequipa for Colca Canyon, Iquitos for the Amazon, and Puno for Lake Titicaca. Each of these LATAM award flights will cost you 4,500 Avios or 6,000 AA miles.

From Lima, jet to the next Wonder, Iguazu Falls. Yes, there is a nonstop LATAM flight between Lima and Iguazu, and it’ll cost you 11,000 Avios, but we’re talking a 4-hour flight. 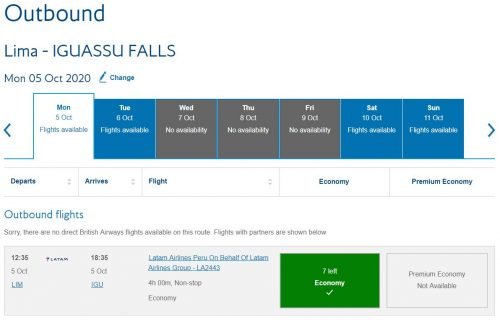 From Lima to Iguazu Falls – not everyone knows about this great option!

From Iguazu Falls find your way to Santiago, Chile. There must be a nonstop LATAM flight between the 2 cities, but it’s seasonal, and I’ve never been able to find award space on that route. So, if you don’t get lucky with LATAM, use 12,500 Delta miles to fly on GOL. That’s a good price for a flight that could go into the mid $700s.

From Santiago, fly to the next wonder, Easter Island. This is a hard-to-get award, so let’s talk some more about it.

Getting an award flight to Easter Island

I’ve covered traveling to Easter Island a few times before. An award ticket to Easter Island is one of the toughest LATAM awards. There are 5 things you need to know if you want to snatch this much-coveted ticket.

Take a look at this picture. 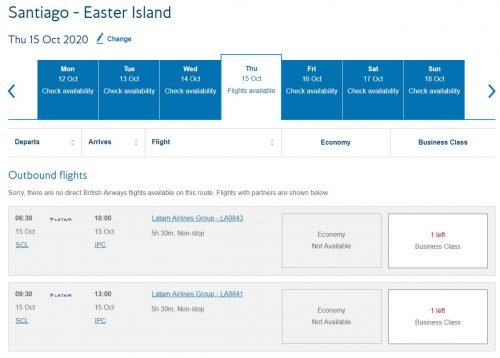 If you can spend 5.5 hours apart, you can still fly to Easter Island on the same day

As you can see, the LATAM award flights to Mataveri airport (IPC) here depart and arrive 3 hours apart. Yes, you would be separated from your spartner for 5.5 hours, but you can survive that, right? 🙂

Here is just an example of flight availability from Easter Island. Same pattern. 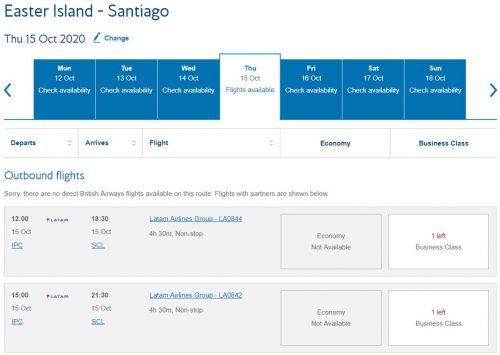 The cost of a one-way LATAM award flight in Business between Santiago and Easter Island is 30,000 AA miles or 38,750 British Avios.

Fly from Santiago to Galapagos

The next wonder, Galapagos Islands, is a bit easier to get to on miles, but it’s a little more painful. LATAM flies to Galapagos via Quito or Guayaquil. The Quito route (as shown) is preferable due to better scheduling; however, there is no Business Class cabin for the Guayaquil 5.5-hour flight, so you will have to tough it out in Economy or Premium Economy. The costs are 12,500 AA miles or 22,000 British Avios in Economy and 34,000 Avios in Premium Economy. Unfortunately, American doesn’t sell Premium Economy awards on LATAM. LATAM Ecuador seems to be bookable within South America, just not to/from the U.S.

Since LATAM Ecuador is out, you might want to look into getting home on other airlines’ miles, though. United, Delta, Jetblue, and American fly between the U.S. and either Quito or Guayaquil or both (even Spirit flies between Guayaquil and Fort Lauderdale), but it’s really weird that the flight that is easy to book in one direction is never available on the way back. It probably has something to do with the married segment logic, because a flight from Santiago to JFK via Guayaquil does appear, albeit, once again, with a weird First Class designation.

Of course, you can start by flying to Galapagos, then Machu Picchu, Iguazu Falls, and end your adventure on Easter Island. However, a Business Class flight from Chile (South America 2) to the U.S. will cost you much more than flying from Peru or Ecuador (South America 1): 57,500 AA miles vs. 30,000 and even more on Avios.

What other unique destinations could you go to on LATAM?

You could go to Papeete, French Polynesia from Easter Island, but good luck finding the space. You will need it!

The Falklands, on the other hand, are entirely doable. It’s a long 6+ hour journey in Economy from Santiago, which flies only on Saturdays, but the Falkland Islands are amazing from what I’ve heard, and LATAM is the only airline that can get you there on miles (10,000 AA miles or 11,000 Avios).

There is a new and much shorter flight to the Falkland Islands that has been launched between Sao Paulo and Stanley, the islands’ capital, but I haven’t been able to find a single award seat on it. 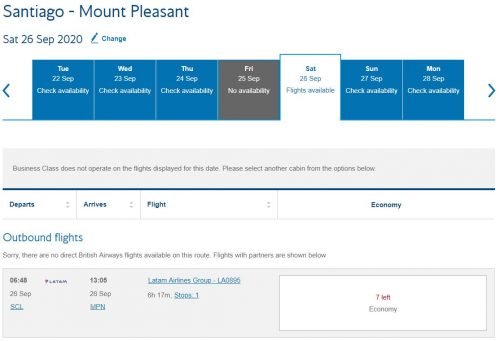 The Falkland Islands are amazing and hard to get to, but there is a weekly Saturday flight from Santiago with a stop in Punta Arenas

There are a lot of amazing places in South America that LATAM can help you visit, including Galapagos, Machu Picchu, Easter Island, Iguazu Falls, and countless other cities and places throughout the continent. And since LATAM is leaving oneworld in less than a year, and we don’t know how long they are going to honor award reservations made with partners miles, you might want to start putting your trip(s) together soon.

What are your thoughts? Are you planning on booking LATAM award flights before it exits oneworld?

Andy, Great Post, I immediately book the first trip JFK to Lima, Business Class with 30k AA miles. After a few days onto Bolivia for 12,.5k with Avios on Latam, I make it to SCL on my own as right now from VVI to SCL no points flights but it is still early. Then SCL to Easter Island Island Round trip for 77k Business Class All in October 2020…. SCL to PTY on Copa BC with Aeroplan miles, the onto Suriname with Copa Aeroplan miles, from there to Havana that will be a paid flight 🙁 Havana to Bahamas (paid… Read more »

It was your post that push me to move. With only Latam flying to IPC the fares are high. I saw your post and always take an October trip and jumped all over the deal. I look forward to using VIP Points for Easter Island where hotels seem expensive.
Any hotel recommendations or any advice on Easter Island as I believe you have been there ?

Glad I could help and good idea using Expedia points on Easter Island especially if there are VIP hotels. There weren’t any good yet reasonably priced hotels on the island when I was there a few years back. We rented a section in a private house that included a kitchen and a huge veranda for $50 a day, and it was perfectly adequate. Otherwise you’ll pay 4* prices for a 2.5* hotel and huge $$$$ for anything that resembles luxury, and I think there were only 1 or 2 luxury hotels there back then. Maybe it’s different now. Certainly rent… Read more »

Any ideas on when the best time to go to the Galapagos is? We have kids in school so we’re bound by their schedule.

I haven’t been yet but remember from my research that it’s the school time, unfortunately, January to June, or so.

Is there decent value using Alaska miles on LATAM? I happen to need to burn some of those.

Sure! 45K for Business Class anywhere in South America.