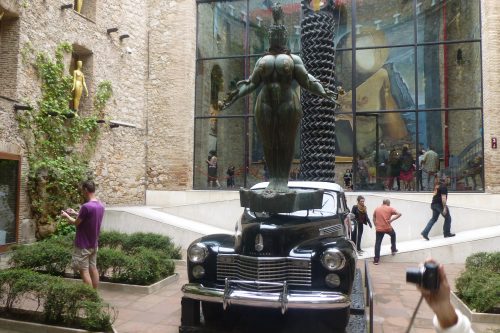 Here are some topics:

To access publications hidden behind the paywall, I have three words for you: Firefox. Bypass. Paywalls (no relation 🙂 ).

The most important news of the week!

US finally ends ban on travel, from Skift.

I have never understood the logic of not letting vaccinated people in the U.S. OK, never is a strong word, but since the vaccines became widely available — why not? Add an easy antigen test (especially for those whose vaccine effectiveness might be waning), but why keep the whole vaccinated world out, while we allow our own citizens and residents go wherever they want?

Oh, my goodness, I love this idea so much! What’s up with grownup people acting like 5-year-olds, throwing tantrums, fighting flights attendants, delaying flights! WTF?

Delta urges airlines to create a national “no fly” list of problematic passengers. From NYT:

Delta Air Lines is urging airlines to respond to the extraordinary surge in unruly behavior in the skies by creating a national “no fly” list of barred customers, according to a memo sent to flight attendants on Wednesday.

Delta already has more than 1,600 people on its own “no fly” list, according to the memo.

“We’ve also asked other airlines to share their ‘no fly’ list to further protect airline employees across the industry — something we know is top of mind for you as well,” wrote Kristen Manion Taylor, Delta’s senior vice president of in-flight services. “A list of banned customers doesn’t work as well if that customer can fly with another airline.”

In their relentless race to the bottom, American Airlines AGAIN Updates Its Contract Of Carriage To Further Limit Passenger Rights, by VFTW. I liked Gary’s reader Earl B.’s view on it.

If the airline reserves the right to cancel the contract at their discretion, and just refund your fare, with no further damages owed, then it isn’t actually a CONTRACT. A contract binds each party to perform its obligations, or to be held liable for damages in case of breach. Without that obligation and liability for damages in case of non-performance, the agreement lacks what is called “consideration” in the law, and lack of consideration makes a contract essentially illusory.

TWA Hotel Owner: Hospitality Needs to Adopt the Airline Pricing Model by Skift. So MCR Hotels CEO Tyler Morse hates giving things for “free” and even scolds chains like Hilton and Marriott (are they forced to work with those chains, I wonder?) for providing customers with certain free benefits they’d love to charge for. Among the benefits he despises are:

Guess which of these benefits I’ve just made up. 🙂

The funny thing is that hotels already charge for most of these benefits, and have been long before the pandemic. Seriously, is it just free pool access that Mr. Morse hates giving away?

Increased welcome bonuses from Several Marriott cards, by Thrifty Traveler. I like the AmEx Marriott Bonvoy Business the most. 125,000 points bonus, 2 free night awards for up to 50,000 points, and 15 elite night credits if you’re interested (I’m not) for the $125 annual fee. Next best is the Chase Marriott Bonvoy Boundless with the same bonus and elite credits but one free night award. The annual fee is $95. If you can get both (remember AmEx and Chase restrictions), that would be a nice haul for $220.

Here is another increased welcome bonus from Bank of America Amtrak card: now there is a new $100 statement credit attached to its record-high 50,000-point welcome bonus. Not bad at all! Direct link.

Earn Points On Up To $50,000 Rent Payments At No Fee Each Year, by VFTW. This new Bilt Mastercard program offers a free 50,000 points for paying rent that you can transfer to one of the loyalty programs they’re working with. Even though they claim you can get it “every year” I don’t see how, as they’re basically paying your credit card swipe fees out of their pocket. Get it sooner rather than later if you’re interested.

FDA Authorizes Booster Dose of Pfizer-BioNTech COVID-19 Vaccine for Certain Populations, and Moderna is not far behind.

So, Moderna is “better” than Pfizer after all! Moderna vs. Pfizer: Both Knockouts, but One Seems to Have the Edge by NYT.

I really liked this guide on what to see in Edinburgh in 2 days. Check Christian’s other guides for UK cities, too. By TPG.

Here is an interesting post on getting National Emerald status without the AmEx Platinum card, by Miles to Memories.

A man complimented me, approached me after the set and he goes “hey man, are you actually Scottish”? And I said yes, and he goes F@## man, your English is pretty good.

Word on the street seems to be that Bilt managed to get Mastercard to waive swipe fees on rent payments.

Wow! Thanks for the info!