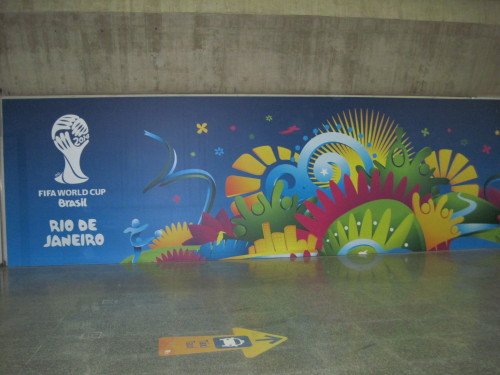 I came back from Manaus yesterday, and barely had time to recuperate. Today there were two games; both very relevant to me: Russia-Belgium and USA-Portugal.

This is what I tweeted after that second Portugal goal that shook the nation mere 10 seconds before the end.

It’s been one wild rollercoaster ride all day long. First, my native Russia lost in the 92nd minute to Belgium. And then the USA received an equalizer in the 95th minute–10 seconds (TEN FREAKING SECONDS!) before the end! If we had held for 10 more seconds, we would have been in, and the Portuguese out! Time might fly, but for the winning team stoppage time barely crawls.

Two games. Two strikes against my teams. Both during stoppage time. Have I mentioned that I hate stoppage time? This is not hockey, for Christ’s sake!

It might be. As this Flyertalk thread states in the Wiki:

As of 6/19/2014, Walmart does not accept debit transactions from cards issued by Bancorp, namely Vanilla Visas (OV, VGC, etc.). Attempts result in “Alternate Tender Required,” “Debit Not Available,” and/or some other error message, at both registers and the Money Center Express (MCE, kiosk, Kate, ATM). There is no workaround.

Note, however, that this death note only relays to Banccorp cards, such as One Vanilla, My Vanilla, etc. Gift debit cards issued by other banks, such as Metabank, as well as gift cards purchased at Simon Malls are still working fine with Walmart. Do not confuse this issue with another problem you might experience at some Walmarts when they refuse to accept the card without your name on it. When that happens, just move on to the next Walmart.

Fly to North Korea in business class for $9?

North Korea has always fascinated me, and perhaps for all the wrong reasons. Being that I come from behind the iron curtain myself, I shouldn’t be fascinated by totalitarian countries, but North Korea took the cult of personality to such an incredible, farfetched, almost exotic level–it’s almost irresistible. In any case…

When I saw there was a mistake fare on the North Korean flagship (and the only) airline Air Koryo (HT to VFTW), I was all over it. Air Koryo flies between Pyongyang and three other cities: Bejing and Shengyang in China and Vladivostok in Russia. I immediately began making plans for another epic Asian trip with stopovers in Tokyo and Vladivostok on the way there, and a stopover in China on the way back. It started pretty well. Finding a $0 fare for the dates of my choice in business class was easy. 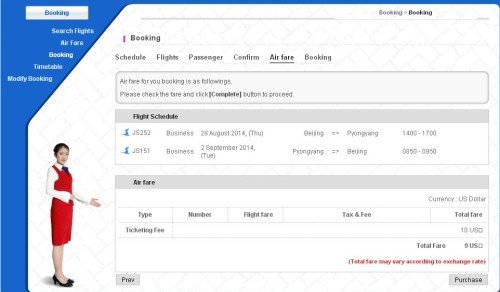 Buying the ticket, however, was not that easy. Turned out it was simply impossible. After waiting for 20 minutes, and then trying three more times in IE and Chrome, I gave up. 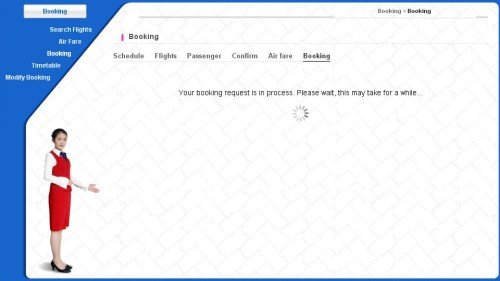 Well, there is always next time, I guess.

Oh, and by the way, that $0 fare is still on their site. Perhaps, it’s just a ploy to collect some personal information from gullible westerners. Should I start expecting spam from the Dear Leader?

I know, I’m well behind on my trip reports. They are coming up.

I think the Vanilla is dead comment should have gotten its own subject line. It’s a pretty big deal. But I am glad I saw that, so thanks for posting it. Apparently, there are other gift cards that still work.

Thanks for your comment. You’re probably right, but I kind of neglected my blog while I was traveling and rushed to squeeze what I thought was important into the post. Btw, I realized you were at the meetup on Tue (but only afterwards), sorry we missed each other.

can simon be loaded onto serve at wally without a problem?