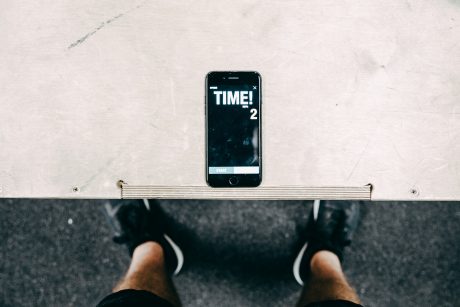 You have 10 days to redeem Cathay Pacific Asia Miles until they get devalued on June 22, 2018. This is a public service announcement or, at least, you might want to treat it this way.

Due to numerous Asia Miles sweet spots, there are a lot of reasons to like the program even though the Asia Miles award chart itself is not very generous. However, the Cathay Pacific routing rules make the Hong Kong-based airline the undisputed world champion of stopovers – since it allows up to 5 stopovers and 2 open jaws.

You may counter that Japan Airlines is also fantastic about stopovers, and that’s true, but their miles are much harder to get.

So, without further ado, here are the best Asia Miles sweet spots you can book in the next 10 days.

Otherwise, call or submit your request online (must be logged in). Honestly, I’d rather send a request, but you know how fragile this Business Class award space is…

120,000 Asia Miles in Business: San Francisco to Asia With a Stopover in Hong Kong (or Los Angeles to Hong Kong)

You can fly the actual distance of up to 7,500 miles (Band D) for 120,000 Asia Miles in Business Class. The distance between San Francisco and Hong Kong is 6,927 miles, so if you want to visit another city, you have approximately 550 miles to play with. Where does 550 miles take you? Sanya to the southwest, Changsha to the north, Hanoi to the west, and Taipei to the east. Any of these cities would be a nice free add-on for 120,000 miles in Business per round trip. Use Radius Map to find out where else you can go. 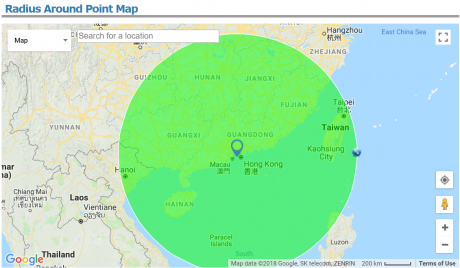 Choose between Hanoi and Taipei in addition to Hong Kong: 120,000 from San Francisco in Business Class

Note that these options would cost more from Los Angeles, so you would have to start and end your trip in SFO to visit a second city. Or just fly to Hong Kong and book another trip with Avios if that suits you better.

145,000 Asia Miles in Business: Northeast to Asia in Business With a Stopover Almost Anywhere

You can fly from New York or Boston for 145,000 miles in Business (check the award chart above): Beijing to the north, Singapore to the south, Kathmandu to the west, and Tokyo to the east. Indonesia (well, the parts of it where Cathay Pacific and Cathay Dragon fly) is the only country in Asia that lies farther away. 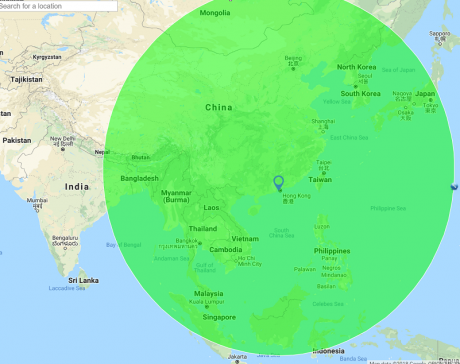 145,000 miles in Business Class for a flight to Asia with a stopover in Hong Kong (from the East Coast)

Wherever you’re based, use the GCMAP and the Radius Map along with the award chart above to find where your miles can take you in Asia.

Oneworld Award Chart Is Really Getting Butchered, So Don’t Wait

This is especially troublesome because the oneworld chart presents this incredible value for those of you who are blessed with a lot of go-time: up to 5 stopovers and 2 open jaws.

The oneworld chart allows you to fly on at least 2 oneworld airlines, or at least 3 when you include Cathay Pacific or Cathay Dragon. 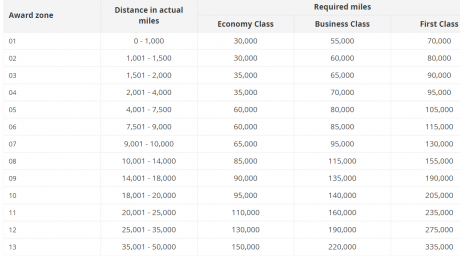 140,000 Asia Miles for Epic Flights With Multiple Stopovers in Asia

This is one of the best Asia Miles sweet spots you can get. Fly from New York or Boston for 145,000 miles in Business to most cities in Asia Unlike the previous award chart where you would calculate the cost by one-way flight distance, for the oneworld chart you must count all the actual segments in your journey. Nevertheless, band 10 with the 20,000-mile upper limit costs only 140,000 Asia Miles in Business Class and allows you to create some epic itineraries.

Just watch for fuel scamcharges on British Airlines and Malaysian Airlines – they are pricey. Qatar’s and Royal Jordanian’s are too, but less so, and besides, they have some interesting fifth freedom inter-Asia flights. By the way, speaking of fifth freedom flights, here are some that you might find interesting for planning your journey.

Between Ho Chi Minh City and Phnom Penh on Qatar

Between Vancouver and New York on Cathay Pacific

Take a look at this route for 140,000 Asia Miles in Business Class, for example! 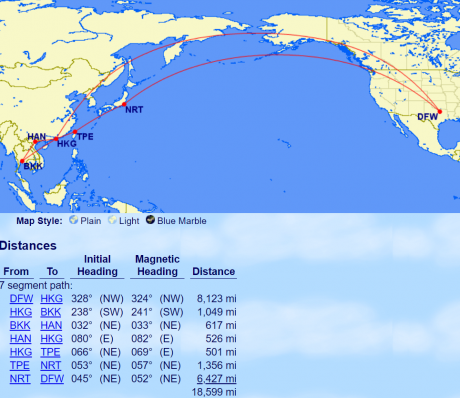 Visit 5 fascinating cities in Asia for 140,000 miles in Business from Dallas

See, now all you need to do is find availability in your desired class of service, and you’re all set. 🙂

80,000 Asia Miles for Ireland and the Rest of Europe

This is probably the best Asia Miles sweet spot to Europe. Fly from New York or Boston for 145,000 miles in Business to most cities in Asia award redemptions for Europe is a Business Class ticket on Aer Lingus from the East Coast for 80,000 Asia Miles. I covered it in detail in this post. Basically, you can fly anywhere Aer Lingus flies in Europe with a stopover in Ireland. From New York that covers continental Europe, and from Boston – all Aer Lingus destinations including the Canaries.

If you are interested in a trip like this, get working on finding your award space now, because we have no idea what the partner award chart is going to look like until after June 22 – the actual date of the devaluation.

Oneworld chart used to have great values until airberlin went under. You could fly under 100,000 miles with multiple stopovers, and you still can, but planning a multistop European trip has gotten much more complicated. British Airways has a lot of award space, but it adds humongous fuel surcharges to transcontinental flights. Iberia’s surcharges are much more reasonable, but it doesn’t allow stopovers. You could still try to construct a journey with a few stopovers using American, Iberia, and British intra-Europe routes, but you need too many stars to line up your way for something like that to happen.

Flights less than 5,000 miles cost 80,000 miles for a Business Class ticket per roundtrip using a Single-Carrier Award Chart. Think New York to Rio/Sao Paulo on American or LATAM or Miami to Buenos Aires/Santiago on American.

If you’ve always wanted to visit Easter Island (with a stopover in Santiago if you wish), that would cost you 120,000 miles in Business Class. Worth every penny considering the distance.

Fly from New York to Easter Island — one of the most remote places on the planet for 120,000 miles in Business

Since it’s possible to use American and LATAM, you can build a great multi-stop itinerary for 95,000 to 115,000 miles in Business Class. Keep in mind, though, that LATAM operates one-class cabins for many local flights in Latin America (i.e. no Business Class in Brazil). Still, your miles can buy you a lot of travel if you book your journey within the next 10 days.

Top Up Your Asia Miles With the Citi ThankYou Transfer

In one of my previous posts, I covered a few situations when Cathay Pacific Asia Miles will be more valuable to you after June 22, 2018. In most cases, however, you’ll be better off getting rid of your Asia Miles before June 22, 2018. There are some post-devaluation sweet spots, but they are few and far between. Don’t procrastinate – book now, and I’m totally extending the same advice to myself (haven’t gotten around it yet). Citi ThankYou has a tiny 15% bonus right now when you transfer your points to Asia Miles. Use it if you need to top up your miles — but only after you’ve found your award space.

Photo by Bence Boros on Unsplash

How have you redeemed your Cathay Pacific miles and are you gong to if you haven’t? Share in the comments!