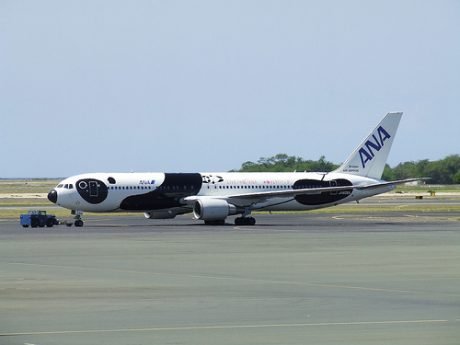 This is an unexpected post in my ANA Mileage Club series that began — yep, over 3 months ago. At first, I thought I only had one post left, but then I discovered a peculiar tidbit that, I think, warrants its own space.

It’s not a big deal for general public. Most people book a roundtrip flight anyway, but for creative fliers it is an issue. No matter how much I love ANA and Mileage Club, I find myself driven to programs offering a true flexibility in getting where I want (Alaska has ultimate flexibility in this regard). While the pain can be elevated using a stopover or open jaws, I often struggle with a program that won’t let me book a ticket unless I tell it when and how I’m going back.

Well, there is a little loophole that you could use to your advantage. I’ll warn you right now that ts practical significance is somewhat limited. But in some circumstances it can be great to have this option. And if you are a curious hobbyist you might be thrilled anyway.

Or you might decide not to waste your time and stop reading now. You’ve been warned. 🙂

The Mileage Club rules allow a stopover and an open jaw. Actually, they will let you have up to two open jaws, although you won’t find it spelled out officially.

There are restrictions, of course. ANA breaks the world into 8 zones and more broadly into three areas

The rules are simple, mostly reasonable and sometimes very generous. You can’t fly to Europe via Asia (reasonable) or to Asia via Europe (sucks), but you can fly to Asia via Oceania, or Oceania via Asia (most generous) on the same award. So far, so good.

There is another restriction, too.

If the last city of the outbound journey is different from the first city of the return journey, they must still be within the same area.

Back in a day when ANA Mileage Club was a distance-based program, you were able to trick it into adding a low-cost segment for your flight back. For example, you could book a flight from LA to Tokyo, and a return flight from Cancun to Miami. As long as you ended up in the same country (by the way, U.S. and Canada are the same country as far as ANA is concerned) it would’ve been fine.

So you would have a long-haul flight and a short-haul throwaway ticket. Would cost you slightly more, but you had a freedom to explore additional options for you real inbound journey.

When ANA reshuffled Mileage Club it sealed that loophole. This is how ANA illustrates the rule.

So the hack with a short-haul throwaway return ticket is gone. If you try this trick today, the system will error out, but …

You can still use a throwaway inbound ticket … from Europe

According to the ANA ruies, this shouldn’t work, but it does. If all you want a one-way business class flight to Asia (or anywhere) you can add a throwaway ticket home from Europe. You will eventually pay 72,500 miles and $135 in fees (to Asia) plus taxes. 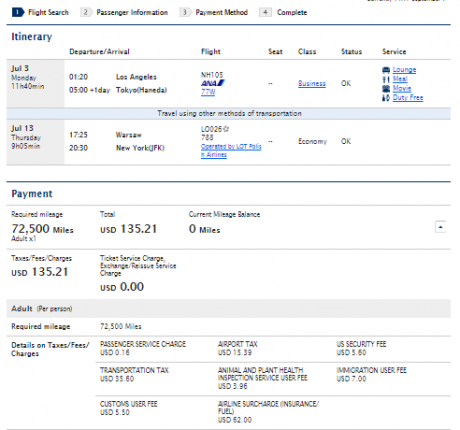 The reason, Warsaw is good for this purpose is that LOT has great availability in coach and adds very little fuel surcharge (only $62 in our example), but if you find a United flight from any low-tax European city, that’ll work too. Please do not try London or Paris, you know why.

When I embarked on my research I was hoping to find a better value. ANA Mileage Club has a seasonal chart whereas it charges from 75K to 90K miles per roundtrip flight between the U.S. and Japan in business. Since ANA charges you proportionally for mixed classes of service I was hoping I would get a better rate for the low season, but it appears, when you “stretch” the rules, the discount goes out of the window. You will get the same 72.5K all year round.

Is it a good value? No, but it’s an OK value. United would charge you 75,000 miles for the same one-way ANA flight from the U.S. to Japan, albeit you would save $130 on taxes and fees.

When do you need to consider this deal? Well, I could think of several scenarios.

Of course, if you can simply take a roundtrip ANA flight (especially with a stopover) for 75K-90K miles, nothing can beat that value. Like I said, an appeal of a throwaway ticket home from Europe is very limited, but it can be a lifesaver under some not too far-fetched circumstances.

There is more to it, however. if you really need to combine two regions like Asia and Europe on the same trip, this little loophole can be a terrific value.

When you don’t throw away a “throwaway” ticket from Europe

When you really want to visit Europe, that’s when. And if you find availability on a carrier with no-YQ (United, Air Canada, or low-YQ (LOT, Turkish), you can’t ask for more.

Why? Because the new United “excursionist” rules are going into effect on October 6, and you won’t be able to have a wherever-you-want stopover any longer, only within the same region as the destination. And, of course, Delta and American don’t allow stopovers at all.

You might counter that American, United and Delta do allow one-way travel, right? Right, and you will be fine flying them in economy, but they charge you dearly for premium classes, 60K-80K in business to Asia and 57.5K-70K to Europe (yes, I do count Delta’s latest devaluations in case you’re curious). So if you want to make a stop in Europe on the way from Asia or vice versa, you will pay  at least 117,500 miles, and often more if you’re not flying on American. And you will have to pay separately for your flight between Asia and Europe, so you’re looking at 3 one-way tickets.

With ANA Mileage Club miles you will pay this 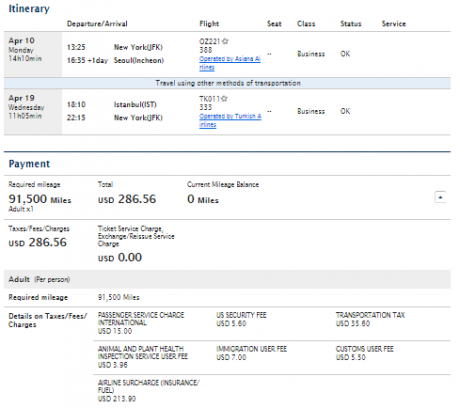 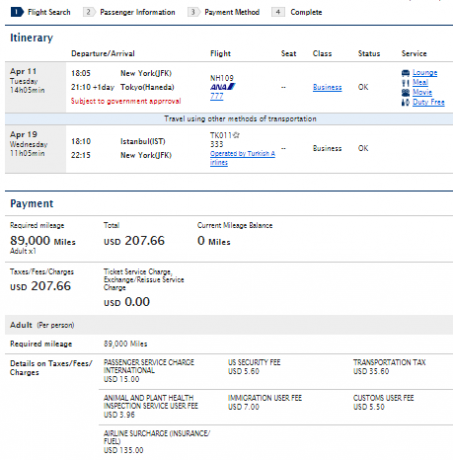 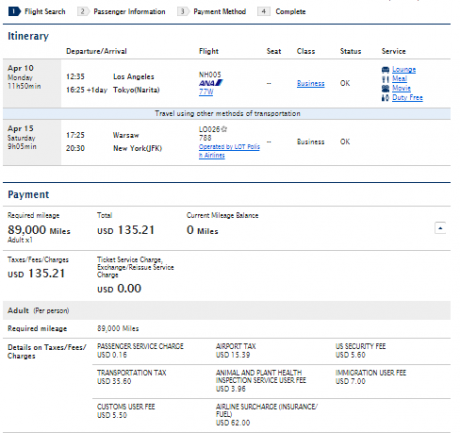 Or, if you must sample ANA First, this: LAX-HND and WAW-JFK 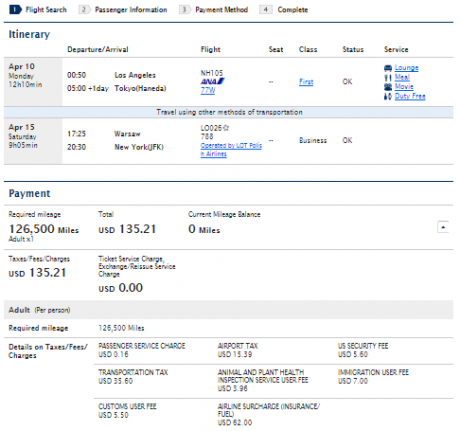 Of course, you will have to find and pay for a ticket between Asia and Europe. It’s a long 12 hour flight, which can be expensive — 75,000 United miles in business from Tokyo or Seoul, or 85,000 miles from South East Asia, but it is what it is. And if you find a United business class flight from a not-too-greedy airport in Europe, you will save on taxes and fuel surcharges. On the other hand, if you want to go to London, Paris or Istanbul, you might be happy to pay taxes anyway considering how much you save on actual airfare and miles.

OK, that came out wrong. No one’s happy to pay taxes. 🙂

What do you think? Are you likely to incorporate this Europe loophole into your travel plans?

[…] ANA Mileage Club and a Secret Trick to Save Your Miles (The Lazy Traveler’s Handbook). […]

Looks like this is an intended loophole and uses the old chart, which is now referred to as RTW and requires a transatlantic and transpacific flight.

It’s possible considering that it makes sense only in some very specific circumstances.

[…] ANA’s website lets you book awards on ANA itself and/or on Star Alliance partners.  In either case, they require that you book a round-trip award.  If you really need to book a one-way award, though, you can sort-of do so by booking a cheap throw-away return (thanks again to Gary Leff for reminding me of this option).  The Lazy Traveler’s Handbook describes this technique here. […]