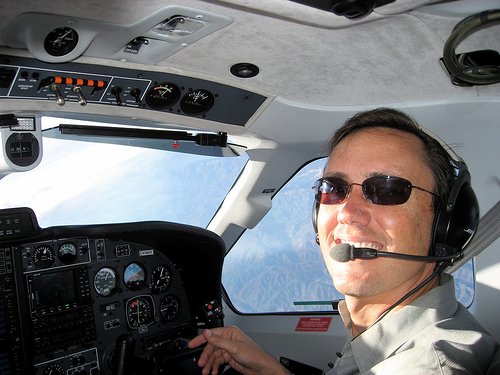 What the hell! Not everything is about miles, right?

In my mail today, I found this Quora collection of airplane jokes, titled:

What are some witty and amusing things you have heard on an airplane?

For those who don’t know, Quora is a really interesting and different social platform. Ask a question, and dozens if not hundreds of people will post their answers, ideas, and often trips down memory lane.

The topics and the answers can range from the most mundane to extremely fascinating. I have sifted through the topic and posted 12 answers that I think were the funniest.

And not surprisingly, Southwest jokes are the ones that people remember most often.

One last thing. What you see below are the quotes. I didn’t proof them. Please forgive me.

2. From the captain over loudspeaker upon landing: “We’d like to welcome you to Honolulu. Unfortunately, you bought a ticket to Newark, New Jersey.”

3. On a Southwest flight to Baltimore: “Welcome to Baltimore. The safest part of your journey is now over. Best of luck.”

4. On a continental flight, someone had a shirt that said, ‘f#ck racism’ in big bold letters across the front. (but it wasn’t censored like this post)

The flight attendant told him he must remove or cover it, as it might be offensive to some.

He then ripped the header text of the continental magazine in the seat back and adhered the it to the shirt so it read, ‘f#ck Continental’

The following joke gets repeated over and over again with different destinations in Australia and New Zealand:

5. On a flight to New Zealand from Australia the Captain said “We will shortly be arriving in New Zealand, please put your clocks back by 20 years.”

6. Pre-9/11, I was boarding a flight from San Francisco with a friend of mine who had purchased a large round life preserver from an old ship at a nautical antiques store. It was too large and fragile to check, so he was carrying it onto the plane. As we were boarding, the pilot and co-pilot were standing near the cockpit and the co-pilot said to the pilot “Joe, here is a guy who’s flown with you before.”

7. I was once on a very rough flight to Paris from the UK on a small plane, well more like a bus with wings.  The turbulence was so bad that people were screaming and drinks served moments before the turbulence hit were flying all over the place.

“I’m very sorry to report there has been a technical fault….”

“The calculator is broken so you can’t pay in euros.”

This joke appears very often in many different variations.

9. My boss, exercising his daily dosage of belligerence decided to cause a scene when a flight attendant told him he had to buckle his seat belt.

Boss: Do you know who I am?

FA: (over loud speaker on plane) “Ladies and gentlemen we have an passenger in first class who is confused and does not know who he is, if someone can please help identify him would be very helpful”

11. From Southwest:
“When going through the cabin we found a roll of 20’s wrapped up in a rubber band, so if anyone thinks they lost it, please come up and claim your rubber band.”

This one is probably a fake, but still funny.

12. In case of a emergency please place your head firmly between your knees and kiss your a** goodbye.

Have some travel jokes you don’t mind sharing with the class? Don’t be shy.

Good night folks, and have a fantastic weekend!

Filed Under: Travel Humor
← Coup d’etaut in Thailand: Should You Cancel Your Trip?
Sadly, My Optimism About Thailand Being Safe Might Have Been Premature →
0 0 votes
Article Rating
Subscribe
Login