A 25% transfer bonus to Avianca is not a rare occurrence (both AmEx and Citi have offered it in the past), but the current offer comes from two other partners. You need to log in to your LifeMiles account to see the promotion (HT: Frequent Miler).

Brex has several airline partners, some of them quite decent.

So why not transfer?

Transferring points to some of these programs would make perfect sense to many people, but my reasoning went somewhat like this.

So I’d been sitting on my points, readying myself to pull the trigger when I read on Frequent Miler that Brex and Capital One are offering a 25% transfer bonus to Avianca. That would turn my 80,000 Brex points into 100,000 LifeMiles, which is a good enough deal to stop me from cashing out valuable transferable points at a 100:1 ratio.

The deal with Capital One is even better if you have Capital One points (I don’t). Until recently, Capital One points transferred to Avianca at a 2:1.5 ratio, They changed it to 1:1 about a month ago, so the current 1:1.25 bonus is not just a good deal compared to other Capital One transfers. It’s a fantastic deal, IMHO.

Avianca doesn’t have fantastic redemption levels or any clear-cut sweet spots. And Avianca stopped publishing its award chart, which is probably the biggest affront an airline program can give its members. But LifeMiles is versatile and maybe still the most hackable airline program from the list above, and diligent (LOL) travelers know how they can get redemption options that would fit their needs even if their award search engine is lacking. To truly understand why this 25% transfer bonus to Avianca is such a great deal you’ll either have to read my previous posts or get the shorter version. I recommend both.

Here are the posts:

And here is a shorter version

While Avianca doesn’t publish its award chart anymore, I haven’t noticed much of a difference aside from United redemptions in the U.S. (and yes, I’ve just checked to make sure). There are some, um, peculiarities with the ways Avianca prices some of its awards, but it was the same way before, when the chart was still published. And there are some consistent glitches in Avianca’s (now unpublished) chart, so I wouldn’t read too much into it. Here are the highlights (one-way travel from the U.S. in Business Class).

And here is the pure gold!

Remember how I told you that Avianca LifeMiles, despite their best efforts, is still very much hackable? Well, it is, and if you’re foolish enough to spend your valuable time looking for unicorns, you’re bound to find a gem or two, eventually. For one thing, that 35,000-miles (or 28,000 Brex/CapOne points) Business Class deal on TAP Portugal is still around, believe it or not. 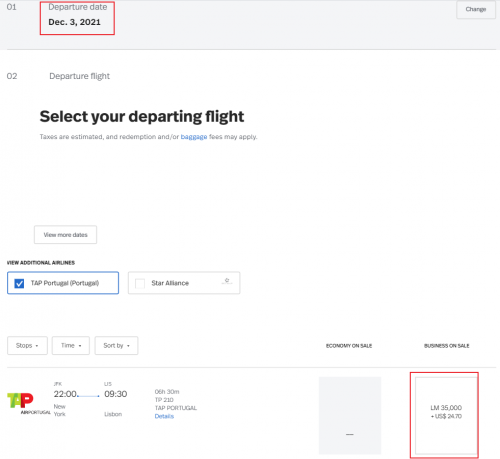 27,000 points for a Business Class flight from New York to Lisbon  due to the 25% transfer bonus to Avianca

But that pales in comparison to this little gem. Tell me what you’re seeing here.

If you’re seeing a mixed-class award flight to Thailand, it’s not that. What I’m seeing is a First Class ANA ticket to Tokyo with a throwaway economy ticket to Bangkok for 80,270 Avianca miles (or 65,000 Brex/CapOne points). A straightforward First Class ticket to Narita (if you can find availability) would cost you 90,000 miles (or 72,000 Brex/CapOne points). For more info and if you want to know more how to skirt around what airlines call married segments logic, read about skiplagging. And if you’re a newbie, read again and think hard whether you want to do it or not. My opinion is, if you only do it once in a while, the risk that the airline throws the book at you is very low, but you might disagree.

While I was playing around on the LifeMiles website trying to find ANA First Class award space to Tokyo, I came across a curious … glitch?

25% transfer bonus to Avianca brings a First Class flight to Tokyo to 53,000 points

It seems, by routing the flight to Bangkok via Haneda versus Narita we would save 15,200 miles by paying only 65,070 Avianca miles.

To be honest, I don’t remember seeing any price differences between flying via Narita and Haneda before, but that might be because I just didn’t research the right destination. Just a “geometry of chance,” as Sting would say.

Here is the screenshot showing both flights on the same page. 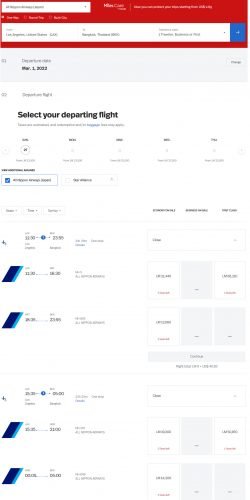 The 25% Avianca transfer bonuses from Brex and, especially, Capital One are awesome! I recommend considering it if you’re interested in international travel on Star Alliance airlines, especially in premium classes. While Avianca award levels are quite mediocre on their own, the bonus and regular award sales on Star partners make LifeMiles more valuable than the program would be otherwise. If you have no better uses for Brex or Capital One points, this might be an excellent option.

What do you think? Are you going to take advantage of this bonus?

Filed Under: Bargains, Cheap Travel, Miles and Points
← Luxury Vacation on a Budget? Rent Your Cheap Luxury Villa Now!
I’m Not Going to Brazil After All: Here Is My Cancellation Story →
0 0 votes
Article Rating
Subscribe
Login

thank you so much! this is the kind of research, I would gladly pay for if you decided to go subscription model (but please don’t do it). I love your articles esp the recent series on radisson. Keep doing the good work!